Marketing a New Commercial Photography Business. It’s All About Exposure? 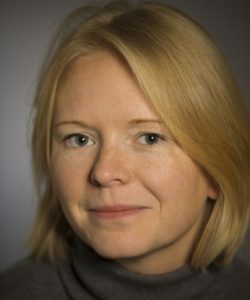 Strictly speaking, our business is far from ‘new’. My husband, Andrew, and I have been in business together for a number of years, but from a marketing perspective, everything is new. Andrew has been a successful commercial photographer for some 25 years, and I have spent the last 15 years in various creative roles, mostly design based, with some traditional marketing on the side. When I say traditional, I mean offline, but that’s probably a bit out of date!

I’ve given up all my other creative enterprises in order to focus solely on our new venture – my aim is to successfully design, market and build a new version of our existing business so that it hits a level where it can support a full time ‘me’. And preferably then send our children to university, but we’ll start by just enough to keep me from having to get a normal job – which is likely to be soon if I don’t get things moving in reasonably good time.

Ours probably sounds like a million and one other professional photographers stories – Andrew has always made a very healthy living out of his photography business; he’s a sole trader and he has a bank of loyal and happy clients. 80% of his income comes from a core 20% of his lifetime client list. He’s busy enough to be occupied most of the time, but almost every year, there’ll be a few very quiet months (quite often in the months around Christmas time) and we’ll both have a minor panic that this time might be one that doesn’t get busy again. Thankfully we’ve never had our fears come true, but the last few years of the recession have certainly made us both a bit less blasé about our sustainability. Word of mouth might have served Andrew well up to this point, but it’s never going to make us rich, and one day I would like to buy a house in the Caribbean, so I think I’d like to be rich. Or at least richer.

In those months when Andrew’s work has been quiet, we’ve often talked of marketing ideas – of ways to boost his business, seek out new clients, promote him or better still, us – by joining forces and becoming an expandable commercial enterprise. But this year, we stopped talking about it and decided to give it a go – there’s only so many times you can bore yourself with ideas before you frighten yourself with the reality. I, for one, am terrible about thinking up some great ideas that I don’t find the time to act upon. Or were they just awful ideas maybe? I suppose I’ll find out soon enough.

The thing with this latest idea is that we’ve tried to build in some failsafe measures to make sure we don’t give up. The first was for me to give up a reliable income that a family of 5 can’t survive for long without, and the second (my personal favourite) was to do it all publicly. I love this one because it has many levels of genius – the obvious level that nobody enjoys failing in public, but the less obvious (to some) because it might actually help me in my mission. By sharing my ideas, the good, the bad and the downright stupid, in real time and in relation to a real company, I’m hoping I might just create a self-fulfilling prophecy. By talking about how I’m trying to create exposure and drive traffic to our site – by asking for genuine advice, interaction and giving as much of it back as I can, I might actually create some exposure.

So if you’re a fellow photographer in need of a business boost, or maybe just a fellow creative wanting to know some tips on what to – or very likely what NOT to do to build your brand and client base – join my experiment and let’s hope that just one of my successes or failures over the next 12 months might help you as well as me. That way public humiliation, or at least the threat of it, won’t be entirely for nothing.

I am making a pact with myself to document my journey as regularly as I can between ‘actual work’ (which for me when the studio is busy means image processing, retouching, quoting, client liaison etc) – every tweet, every web page, every plugin and every photoshop tool I use, I will share. I will share it triumphantly with nobody to start with. Sad, but probably true, because I’ve only just set up a selection of social media accounts, and I now have the sum total of:

That includes a Ghanaian Correctional Officer, a Thai Burger and Grill worker and an Egyptian man who might possibly be a photographer, but as all his posts are in Arabic, I can’t be sure.