How to Get Blurry Backgrounds on Your Headshots

Until relatively recently, headshots were not something the average person had a great deal of use for. In fact, unless you were either fabulously famous or criminally infamous, the only times in life you were ever likely to pose for a headshot were at the end of the school year or when your passport was coming up for renewal.Today though, with much of our interactions taking place online via social media and our public profiles more important than ever, headshots have become a regular part of our lives – both professional and personal. Thankfully though, modern headshots have come a long way since the school photos of our youth: the stiff poses against mottled turd-coloured backdrops have been ditched in favour of more relaxed and flattering portraits, often taken on location. Hopefully you’ve since updated the embarrassing haircut too. 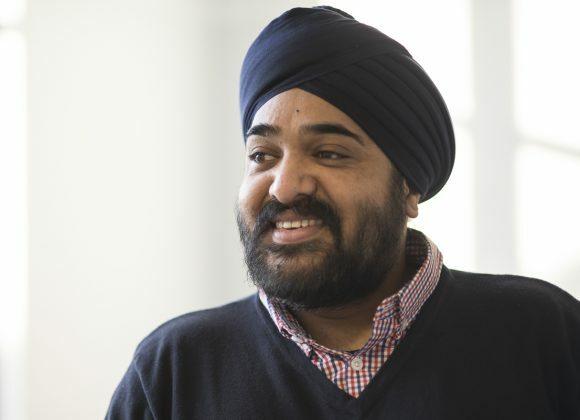 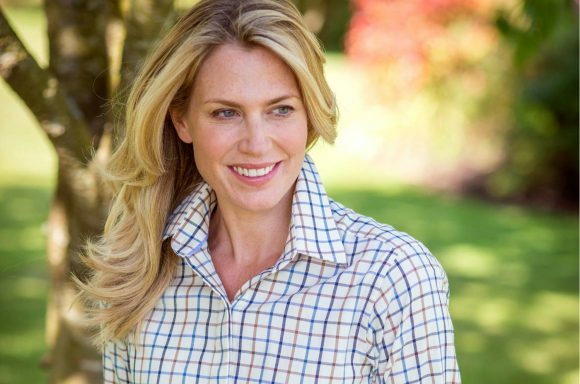 Why Blur the Background of Your Headshots?Shooting your headshots in either an indoor or outdoor location provides an extra opportunity to say something about your personality – for example a headshot taken in a modern urban environment will create quite a different image from one taken in a more natural setting. However, clearly the primary purpose of a headshot is to show, well, your head. Not the landscape. Too much background detail will be distracting. This is about you, right? So the location should be felt rather than consciously seen.You’ve probably noticed, then, that good professional headshots will feature a nicely blurred-out background. Making the sitter’s face almost jump out of the photo. When you look at someone’s profile on, say, Linked-In, first impressions really count. Although you may not be consciously aware of it, a badly done headshot – with the subject clumsily positioned against a distracting background – will not help to give off an air of professional competence.

How to Get a Blurred Out Background for Your HeadshotsA blurred-out background is achieved by shooting with a shallow depth-of-field. Depth-of-field being the degree to which elements in front of or behind the main point of focus will also be sharp. Depth-of-field depends on several factors:

This may all sound pretty complicated, but it’s actually quite simple to get the hang of. Let’s take a look at each of these points in turn.Lens ApertureThe aperture settings on your camera indicate how wide the lens opens when taking a picture. Logically enough, a wider opening will let in more light. The trade-off being that less of the image will be sharply focused. I.e. the photo will have a shallower depth-of-field. In this case though, a shallow depth-of-field is exactly what we want.For this reason, the most important step in getting a nicely blurred-out background for your headshots is shooting with a very wide lens aperture. In practice, a wide aperture means a small aperture number. As for example we see here in the portrait taken at f/2.8. 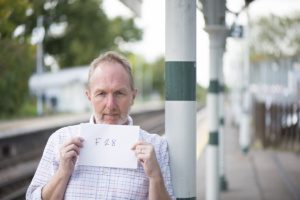 Compare this with the ones taken at f/8, f/11 and f/16. Notice the difference a change in aperture setting makes to the background? At f/2.8 the platform number is an indecipherable blur. By f/11it’s already an easily identifiable number 2. 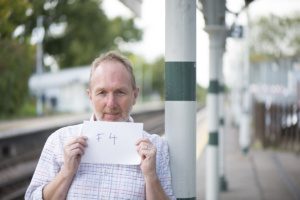 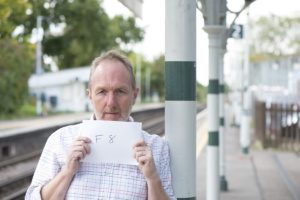 What should be clear from looking at these examples is that a background doesn’t necessarily need to be in focus in order to be recognisable. Even totally blurred out at f/2.8, it is evident that this photo was taken at a railway station.In order to fully control depth-of-field, you should use your camera in manual mode. Failing that, set it to the AP (Aperture Priority) setting, which will also allow you to select the desired aperture. Although in this case you will have no control over shutter speed, and therefore may risk ending up with blurred shots if the auto-set shutter speed is too slow to be held steady by hand.

Having gotten the truly complicated part out of the way, let’s look at the final 3 factors influencing background blur.Lens Focal Length

This is very straightforward: the longer the focal length of the lens, the more the background will be blurred out. I.e. it will be a lot easier to get a nicely blurred out background using a 200mm lens than with a 20mm one.In fact, with a lens wider than 35mm or so, you may struggle to get the background sufficiently out of focus even with your aperture totally wide open.  Meaning that wide angle lenses are generally not a photographer’s first choice for headshots. Lenses around the 80-100mm mark are often considered “portrait lenses” as they strike a good balance between depth-of-field and framing while also offering a flattering perspective.Distance Between Camera and SubjectThe closer the photographer is to the subject, the more softly focused the background will be.Knowing this fact, it might be tempting to try to get really near in to your subject in order to blow the background out as much as possible. However, the sitter may not thank you for this: a headshot taken from too close is likely to result in unflattering perspective distortion, making the sitter’s nose look bigger. Shooting up close with a wide angle lens will only further exaggerate this problem. 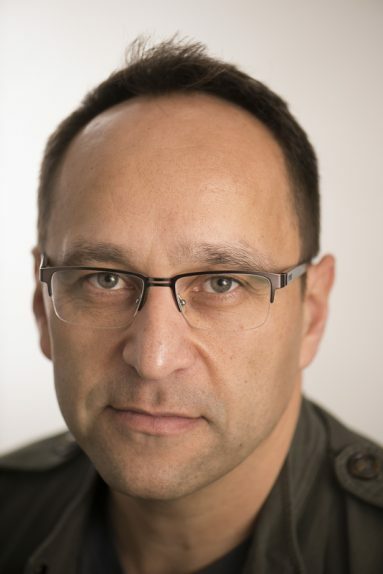 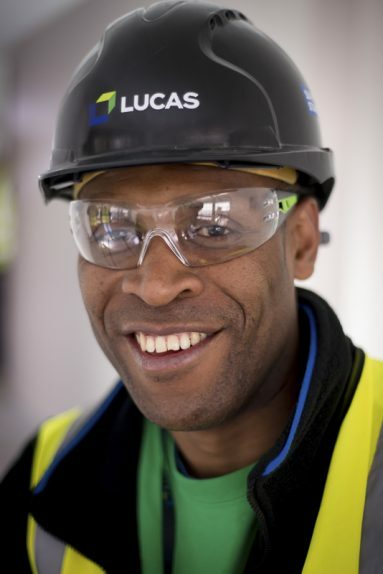 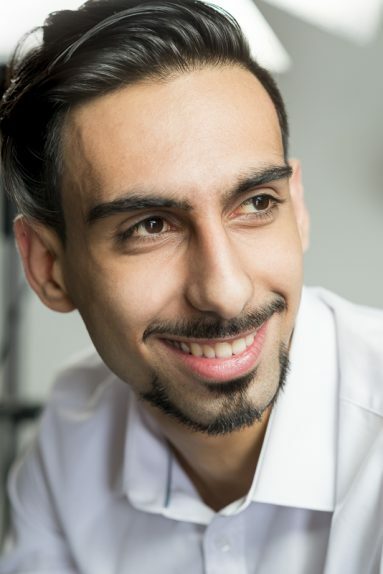 Distance Between Subject and Background

The further the subject is from the background, the more the background will be out of focus. Conversely, the closer the subject is to the background, the sharper the background will be.This is perhaps the simplest element to control, especially if you are shooting in quite a wide open space.Why do we say this? Well, whereas the distance between camera and subject will largely be dictated by how big you want the subject to appear in the frame, and the particular lens(es) you have available, in a headshot the background is of secondary importance, and so it is likely that you can move the subject around in relation to the background in order to find a position that will give you the degree of blur you desire.It’s also worth noting that it’s more difficult to get a blurred background on a camera with a small sensor. So if you’re using a cropped-frame camera, varying the relative distance between camera, subject and background may be the only way to get the background looking pleasingly soft.Other Factors to Keep in MindJust because you’re going to blur the background out doesn’t mean that the background itself is unimportant. As we’ve seen above, even at f/2.8, we clearly understand that the location is a train station. So be sure to choose a background that is in keeping with the  image the sitter wishes to project.Also, when choosing a location, consider light, colour and form. Shooting a subject indoors against brightly lit windows can make for a strong, clean look. Or go for an outdoor location featuring simple blocks of bold colour for a more graphic effect. This can work particularly well when the photos will be used as banners on social media etc., as it provides space for overlaid text and other graphic elements.Indeed, it’s always important to consider the final use of the headshots, taking into account not only the format and dimensions that will be required, but if possible also any other elements that will be seen alongside the portrait. From this point of view, overly busy or fussy locations containing many different colors are best avoided.Final usage will also influence your framing, as clearly an overly tight and close-up composition will not leave much room for adding text to the image. If in doubt, it’s probably better to leave a little extra space around the subject to allow for greater flexibility when using the photo.Final ThoughtsBy now you’ve hopefully gained a solid grasp of the factors that influence depth-of-field, allowing you to effortlessly get great-looking headshots with nicely blurred backgrounds.However, don’t despair if this all sounds way too intimidating, as there is actually a very simple alternative: grab an iPhone and stick it in Portrait Mode. Of course, this method won’t give you the same degree of control, nor the high quality results, of a well-done professional portrait. But for a quick fix solution to use on social media, the blurred background emulation offered by the iPhone’s onboard camera might just do the trick! 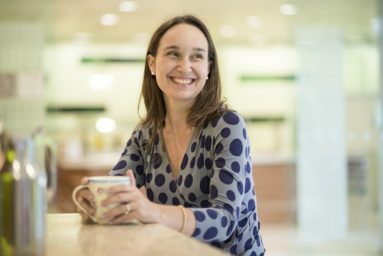 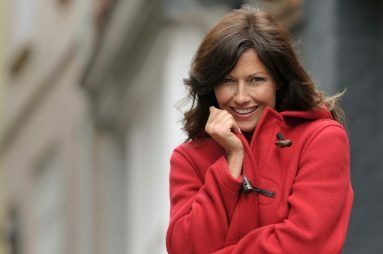 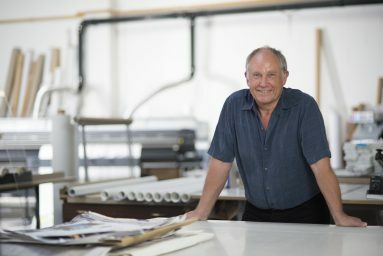 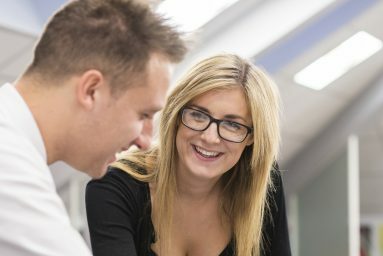 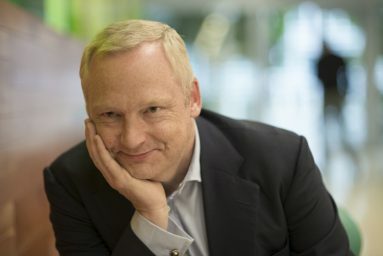